-African leaders were invited to the White House for the first ever US Africa summit. The leaders and their first ladies attended the glamorous summit at the White House in Washington DC, USA.

-The aim of this summit is to focus on trade and investment and  underline the United State’s commitment to the African people, it’s democracy and security. It will facilitate the discussion on how to deepen this partnership.

-He opened with: ‘I stand before you as the president of the United States, a proud American. I also stand before you as the son of a man from Africa…Our faith traditions remind us of the inherent dignity of every human being and that our work as nations must be rooted in empathy and compassion for each other, as brothers and as sisters.’

-The fifty African leaders who attended the unprecedented summit left Washington with a U.S. commitment of $37 billion.

-That includes a three- to five-year U.S. security plan to help deal with conflicts like those involving Boko Haram in Nigeria, al-Shabab in Somalia, and radical groups in the Sahel.

-“We will join with six countries who have recently demonstrated a track record as peacekeepers: Ghana, Senegal, Rwanda, Tanzania, Ethiopia and Uganda,” President Barack Obama said. “And we will invite countries beyond Africa to join us in supporting this effort because the entire world has a stake in peacekeeping in Africa.“

-There has been a lot of critique about this first ever summit. Obama has been accused of dining with some of the worlds most atrocious leaders including leaders with a rap sheet of dictatorship, corruption and despots with shocking human rights records.

-The President nevertheless drew the line at the event by not inviting Zimbabwe’s brutal dictator Robert Mugabe.

-The President however managed not to mention any of this in his opening speech or publicly critique anyone directly.

-He did however speak in generalities about fighting corruption and protecting civil liberties in Africa.

-Read these articles that detail the numerous crimes and failings of the different leaders who did not deserve to partake in the presidential ball. Obama’s 5 Most Atrocious Dinner Guests At The US-Africa Leaders Summit  & Obama’s Monsters Ball: How the White House Opened Its Doors To Some Of Africa’s Most Evil Dictators And Homophobes And Turned Blind Eye To Their Human Rights Record.

Cameroon President Paul Biya and spouse Chantal Biya. Madame Chantal Biya did not disappoint at all. She arrived draped in all pink. A Chanel bag accessorizing her heavily embellished ensemble. Well, she’s not the Fierce First Lady for nothing. Love! 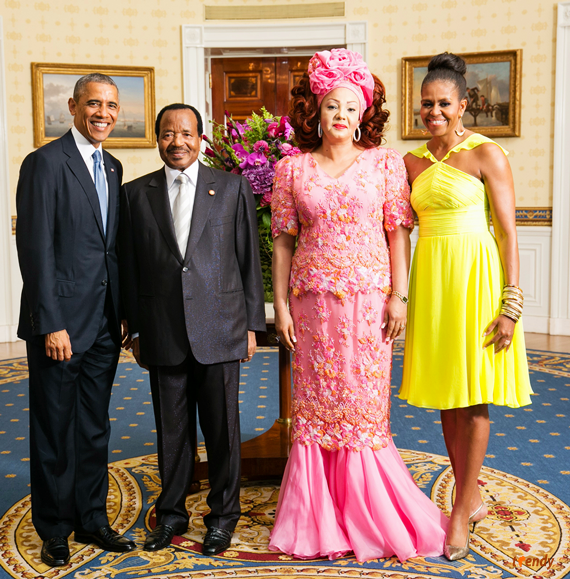 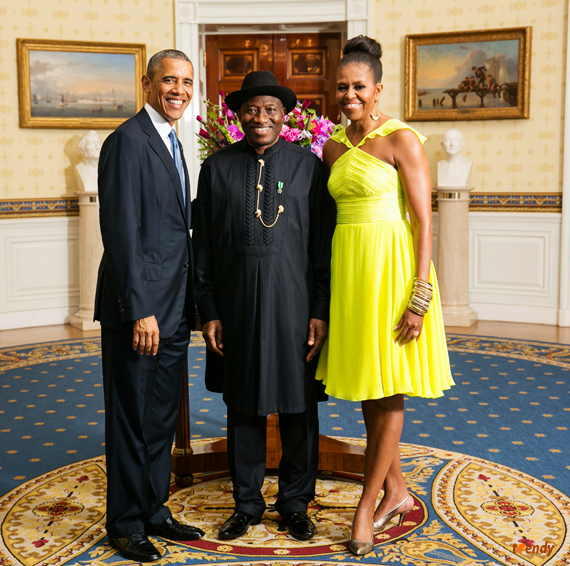 Gabon President Ali Bongo Ondimba and spouse Sylvia Bongo Ondimba. She was another favourite of mine. Looking very classy in a leaf print maxi gown. 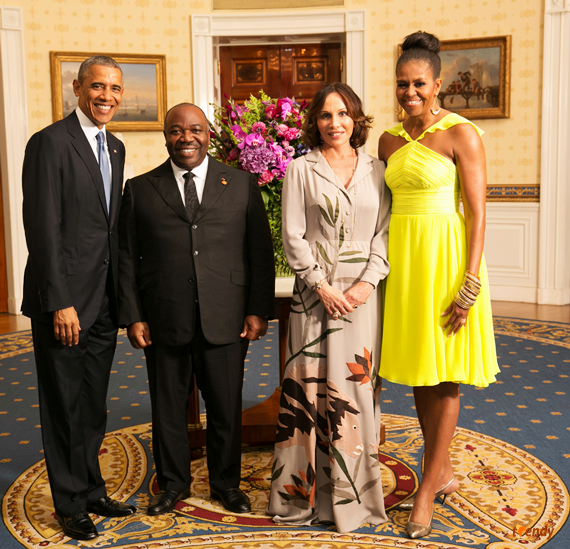 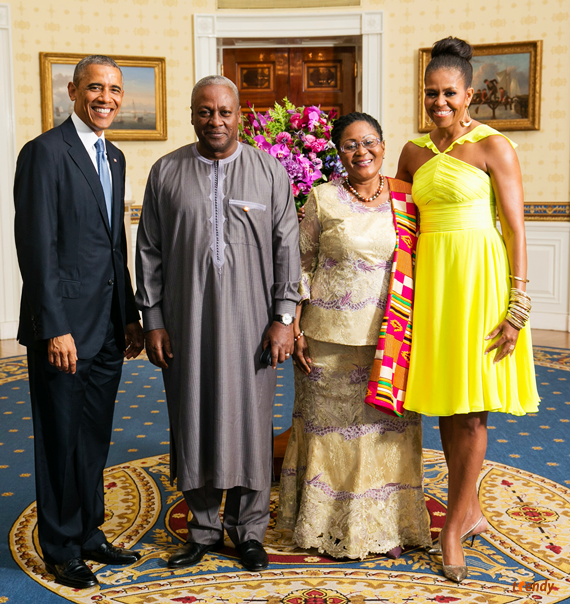 King of Swaziland Mswati III and spouse Inkhosikati La Mbikiza. She nailed royalty in that green dress. I just wish her bra was strapless. 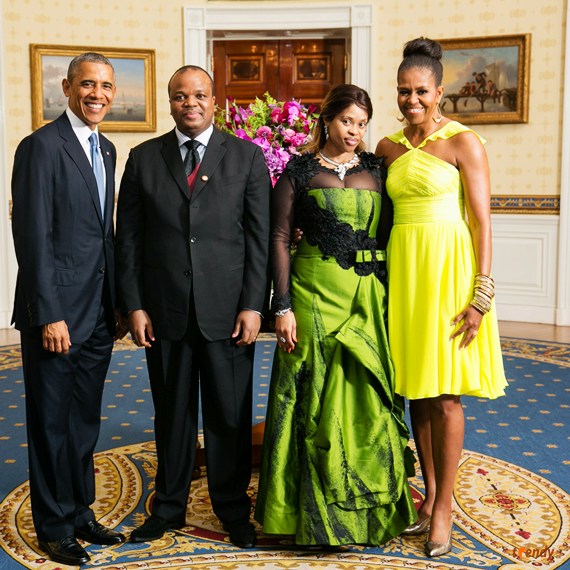 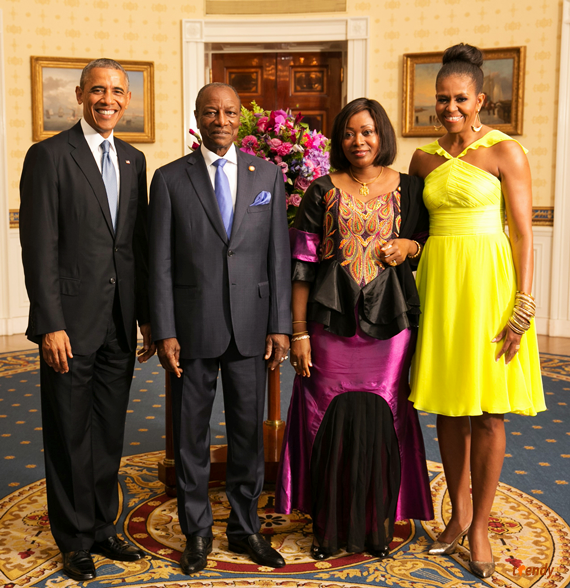 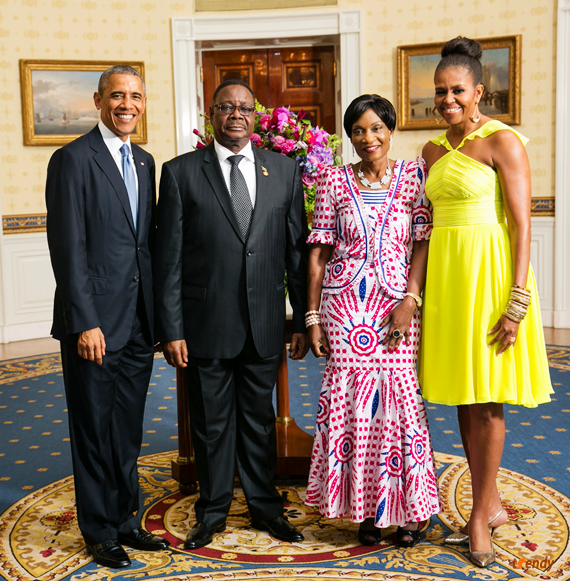 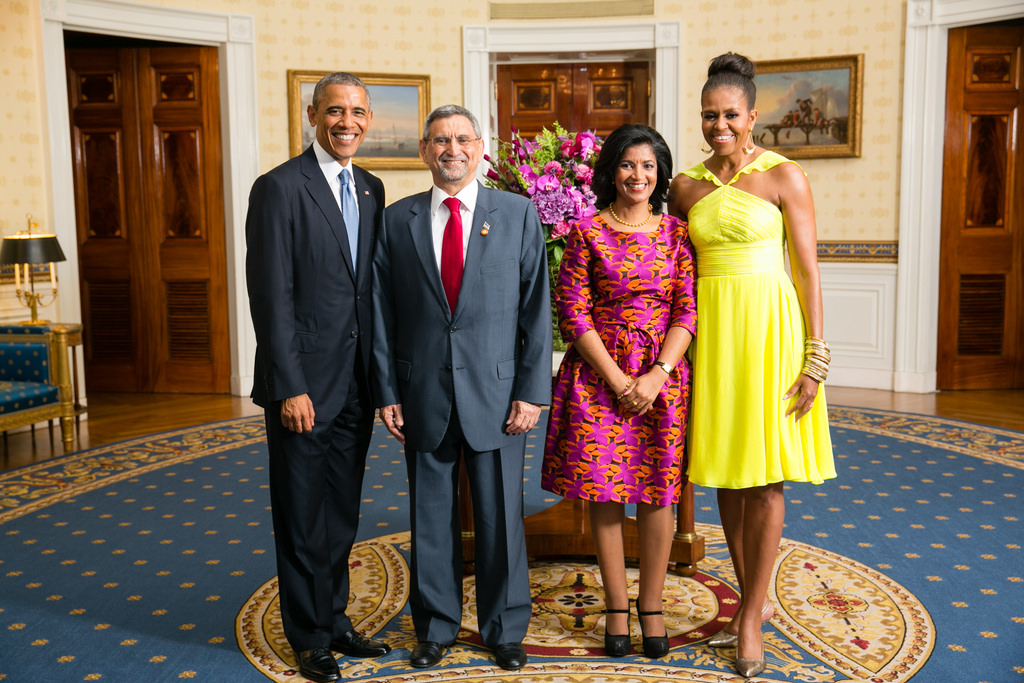 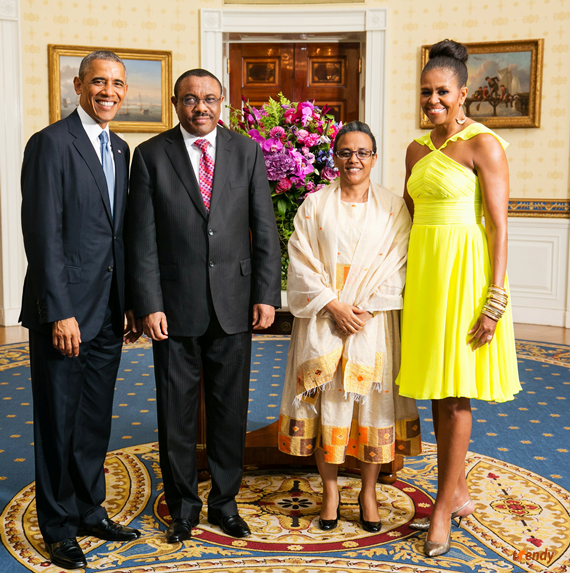 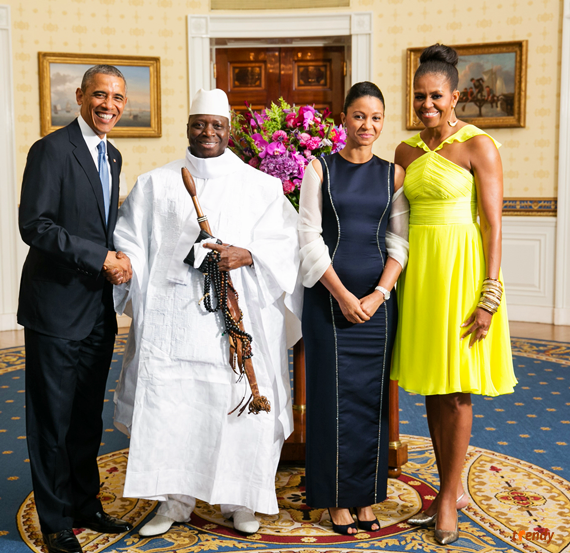 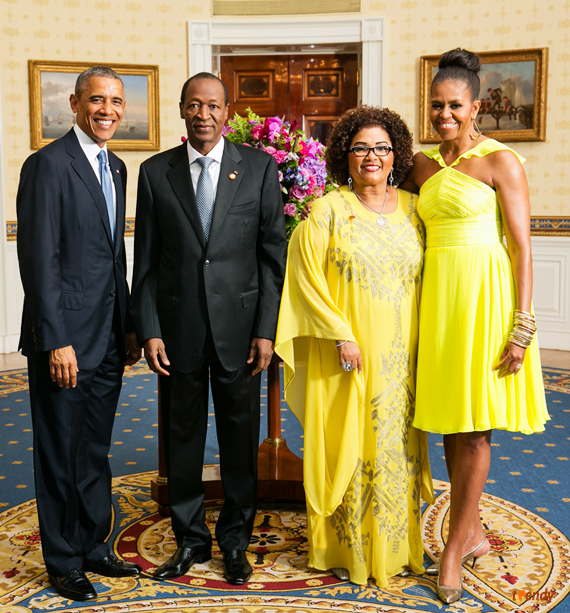 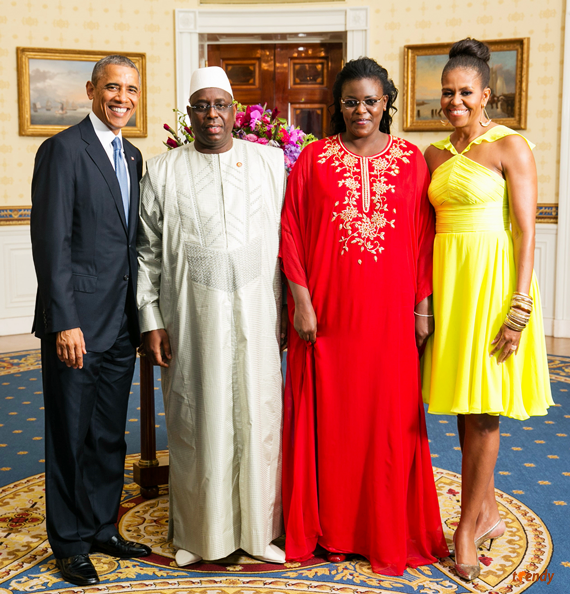 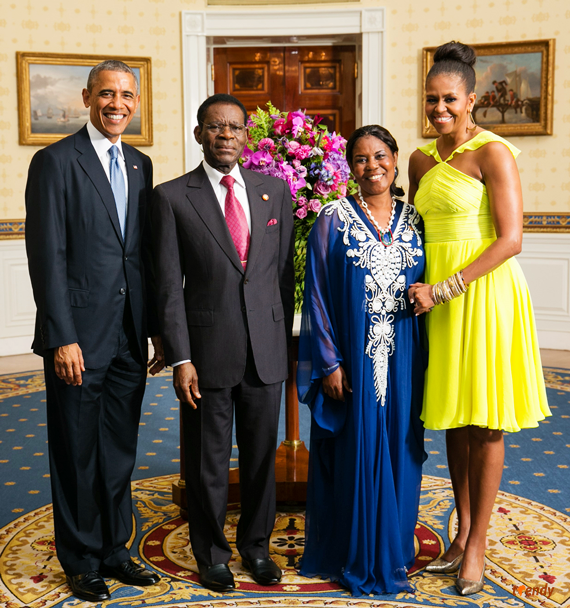 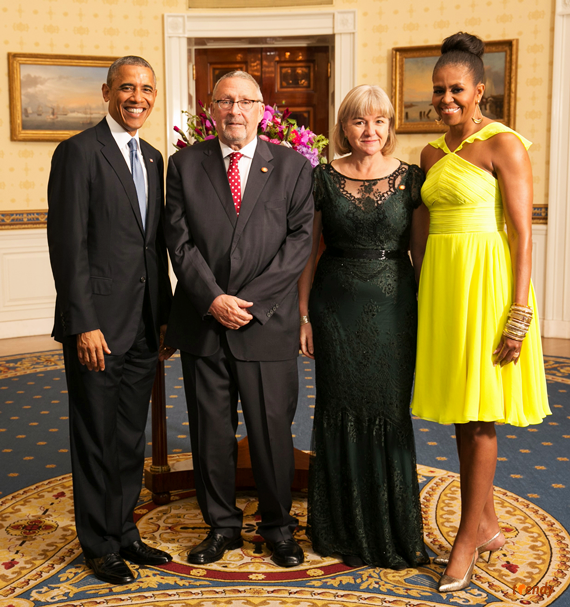 Who stood out for you?

My Favourite Looks From the 2017 Primetime Emmy Awards

Steal Her Style: Mel B in Fame and Partners Printed Ruffle Maxi Gown