Ruby Rose is a world-famous Australian model, actress, DJ, MTV VJ, TV presenter and singer. The superstar never ceases to amaze her fans with the number of her tattoos. They are so different in size and style. But that’s what we admire her.  You can count more than 50 stunning and intriguing tattoos Ruby Rose’ s skin. From chic, to edgy to badass to cool. She wears them all.

Her upper arm features a Japanese style tattoo. Encouraging sunrise and tree on the light blue background are combined with cartoon images and other signs but this mixture looks so cool! Her left arm also features an image of controversial street artist Jean-Michel Basquiat. She is such a fan! She also has his work he was criticised for inked across her chest. Ruby’s back amazes! It turns out she’s the fan of cute bird tattoo designs. There is a small tender bird tattooed with a black-white style among the other badass inks. 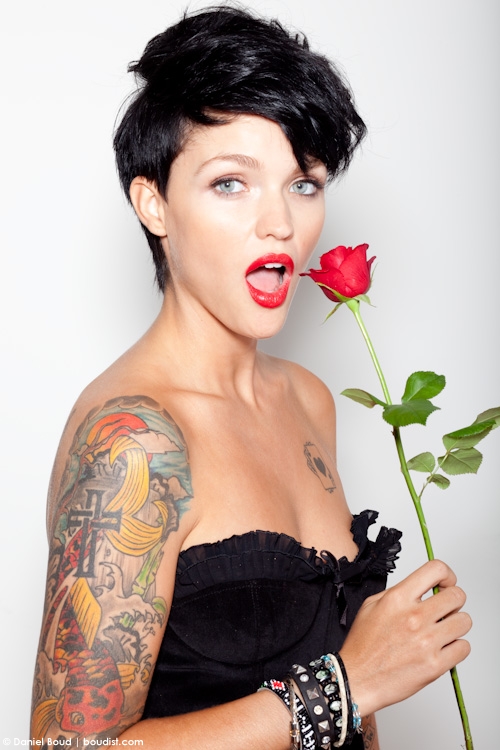 The most important and symbolic tattoo for her probably are the boxing gloves  inked  on her right shoulder-blade in honour of her godfather, the famous boxer Lionel Rose.

Are you a fan of tattoos? Who’s your favourite tatted celebrity?

By Art Becomes You
0
0 Comments