Camerronian fashion design house Kibonen NY, is presenting its trans seasonal collection at the Mercedes Benz Fashion Week Africa to be held this year in South Africa on the 31st October 2013.

In an official press release, the designer gives us an insight on what to expect form this new collection.

The Unwind collection epitomizes the minimalist concept of style and comfort, and is described by designer, Kibonen Nfi, as an unadulterated representation of sensorial relaxation. A luxurious fusion of smooth, soft and colorful fabrics, designed for a smashing casual-chic look.

Fabrics used include, performance knit and lavish silk jersey, infused with an ever-evolving modernization of Kibonen|NY’s Toghu trademark, symbols central to the brand and the designer’s creative process.The Toghu is the traditional garments worn by the royalty and on special occasions by the people of the North West and Bamileke regions of Cameroon.

Kibonen|NY is set to showcase alongside world class designers like David Tlale, Thula Sindi, Taibo Bacar, Gavin Rajah and Marianne Fassler. Being the only designer from Cameroon and Central Africa showcasing during this prestigious fashion week, a lot of the design aesthetics will be geared at highlighting the region.

Kibonen Nfi is a social entrepreneur determined to help develop the fashion industry in Cameroon and the brain behind the Cameroon Fashion Association of America.

Make sure to RSVP 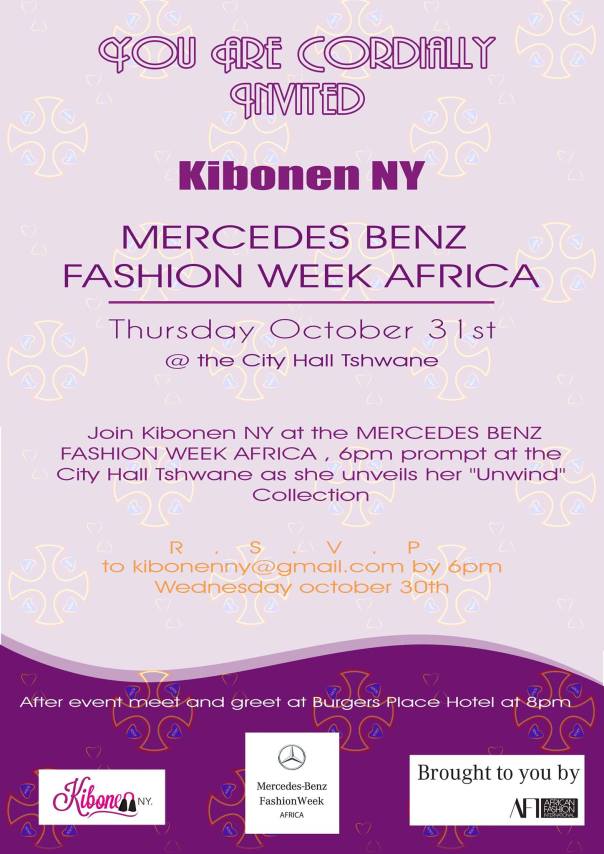 Can’t wait to see what “Unwind” will be unwinding…

A lifestyle & fashion influencer based in Birmingham, United Kingdom with a knack for stripes, bold colours and shoes. Has a Master's Degree in Contemporary Media. When she's not blogging, she works as a Digital Development Executive.

@rkhooks @NetflixFood @netflix It was was a scam. Hope Simon got compensated for the way y’all played h in the finale 😩😩
7 hours ago
Ummmm just finished #zumbosjustdesserts and pissed that Simon is both the winner. He clearly had more skills and pa… twitter.com/i/web/status/1…
7 hours ago
@artbecomesyou